Recently I wrote a blog about a myriad of things about myself. One of those things was that I was sexually assaulted by a boyfriend, and I had some commentary on those precious few people I disclosed to, and how they let me down.

Since then, one of those friends discussed some things with me, and although I will never be able to forget his initial reaction, I feel he is in a place now where he would not react the same way to a disclosure like mine again. I believe that goes in the “positives” column.

Another thing that happened was that post and my blog got more hits due to that entry than ever before, so I guess some people out there are reading my writing. I also put that in the “positives” column.

Look: I believe my purpose in life is to exist for and to help others. So, my hope is, through my public writing at least one person will be helped. Apparently my previous post did that for someone (because she told me so), so I am going to continue down this path to sharing a lot of deeply personal stuff about myself in the hopes that someone will get the help he/she needs, or at the very least I’ll be able to begin a discussion.

So here it is. The story of how I allowed myself to be abused.

Because that’s what society describes abuse as. So it must have been me. I let it happen, didn’t I? I didn’t tell anyone. I felt something was wrong but I acquiesced to his pleas of spending time with him at the expense of everything else in my life. I accepted his reasons why I shouldn’t talk to any other men. I accepted that he should always know where I was and what I was doing “in case I needed his help.” I believed him when he said “it wouldn’t happen again,” right? If I were “better” at doing what I was “supposed to” I wouldn’t be abused, right? I probably provoked him (by having opinions), right? I was drinking? I stayed in a relationship longer than I knew I should have, right? I was protecting him, right? I made the choices, right?

Except I didn’t. Because by the time I realized what was going on, I was being manipulated by someone so despicable that he had me feeling guilty about my behavior. I was the “crazy” one. I “deserved” to be yelled at. Called up and hung up on. Stalked. Tracked. I was afraid for my life and his. Because he mentioned deep depression and threatened suicide if I left as a tactic to get me to stay.

People don’t think this can happen to them. I didn’t. It happens so slowly and yet so simultaneously quickly that you do not know it is happening. And I am proof that you cannot predict who a victim will be. I was literally working at the law school Family Law Clinic (focusing on sexual assault and violence) and taking a course on Domestic Violence Law while this abusive relationship was percolating.

Although I suspect some of you who read my disclosure know the person I am talking about, my intent is not to “out” him. It has nothing to do with caring about his reputation or not; I just do not want him to get off on learning about the power he had over me – which he surely would – if he knew how much of my life he affected. That’s the thing about abusive people; if they can manipulate you and control you – they win. They’re sick, disturbed, horrible human beings. I would like to believe I can forgive anyone. But I could never forgive this abusive rapist.

Some of you may already know who I am referring to because of time periods, etc. I am going to try to be as specific as possible without directing anyone to the abuser. However I cannot imagine that some of my friends, at least the ones closest to me, don’t already know who this person is.

Make no mistake: I’m not being coy. I don’t want to risk having this person ever reach out to me again. I have deleted him from my life in every way possible (PTSD doesn’t even begin to describe it), including  losing that friend who decided she would rather spend time with a rapist than hold him accountable for what he did to me. Harsh? Yes, I think her pretending to be supportive of my disclosure while spending time with a friend who raped another “friend” is very harsh of her. It’s abhorrent, actually. And I don’t need people like her in my life. And she won’t be from now on. Because people like that are not worth being friends with.

Look, I’m sure it was hard for this person to read what I told her (it was in a card). She knew him for years too. She was still spending time with him. He really doesn’t seem like the “kind of guy who would do something like that.” But that’s not an excuse.

As I’ve explained to my real friends, the ones who understand that disclosing an assault feels like one of the most difficult things in the world because you couldn’t be more afraid of not being believed, if any one of them told me someone assaulted them, that assailant would be out of my life immediately. Because I’m deeply and overly educated in this department. And if someone says they’ve been raped, I believe them.

I wrote a blog several years ago about knowing rapists. It can be found among my other posts here. If I saw these men again, I wouldn’t be able to keep myself from saying “I know what you did.” I might say, “I know you’re a rapist.” But what I would NEVER, EVER do, IS HANG OUT WITH THAT PERSON AGAIN. That’s not being a friend. That’s a slap in the face.

So pardon the interruption while I will not give this ex-friend the leniency I might have once upon a time. Because I’m the victim. And I trusted her. And she did the worst thing you could do: ignore it and carry on her relationship with the “him” that she “knew.”

Anyway, if you ask me (in a private forum) if it is a specific person (a/k/a was it ____________?) I will tell you. I will. Because I do not owe this abusive liar anything. He already took more than he was entitled to away from me. But to quote a mentor, “He used to live in my brain rent-free, not anymore.”

So here I go. I was a third year in law school. I was **still** too attached to my college boyfriend who I leaned on too much for it to be healthy. I wanted to be with him, and he couldn’t be with me. But he was one of my best friends. And I was definitely still in love with him.

After a year-long relationship during my first year of law school that could not be classified as anything but a distraction, I entered the world of online dating. Needless to say, online dating wasn’t for me, and I quickly exited the scene.

I was four years out of graduating from Rutgers. And law school SUCKED. I HATED it. It was tormenting me. I was still in love with someone I needed to get over, and an old friend from Rutgers who I occasionally kept in touch with invited me to see him perform at an event.

I knew this person for six years at that point. Tired of going to clubs on Friday nights with my “friends,” standing in the corner with a look on my face that said “I don’t want to be here, I don’t want you to talk to me, I detest this scene, I’m attempting to be normal but you bore me, and I dare you to even try to talk to me because I don’t need an excuse to destroy you with words in mere seconds,” (quick shout-out to Gary, the love of my life, who loves that part of me) and needing some time with people I knew, I accepted his invitation.

I went to the event. It was fine; I left. This guy’s ex was there and made comments that sounded jealous, which I dismissed. This was only a friend, after all. Later that night, though, he was texting me asking me if I had ever thought about us dating. I hadn’t. But he planted that nugget. So I started thinking about it. I remember my thoughts going something like this:

So I eventually answered him that I never had before but maybe it could be something. I couldn’t have been more wrong about this person.

I had no idea the nightmare that was about to unfold. I thought highly of this guy that I thought I knew, and I trusted, and decided to give him a chance. I felt in control. I thought I was in a much more powerful position than he was, since apparently he had “coveted” my affections for some time.

But the next weeks and months would be nothing but this: 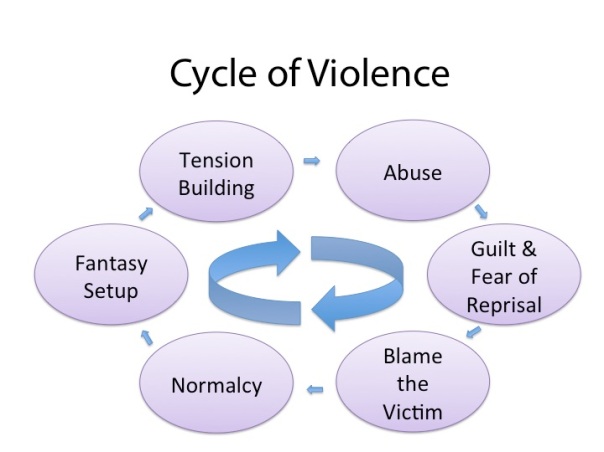