On Friday, October 12th, 2018, what I now consider to be a “former” friend of mine, texted me the following message: “Not sure why you are this way. I love you but you have to stop feeling sorry for yourself. You need to keep your head up. Be positive,” along with a list of negative things going on in her own life, and a dissertation on why I should, “be thankful.”

This was the last text I had sent to her, eliciting the above response, the night before: 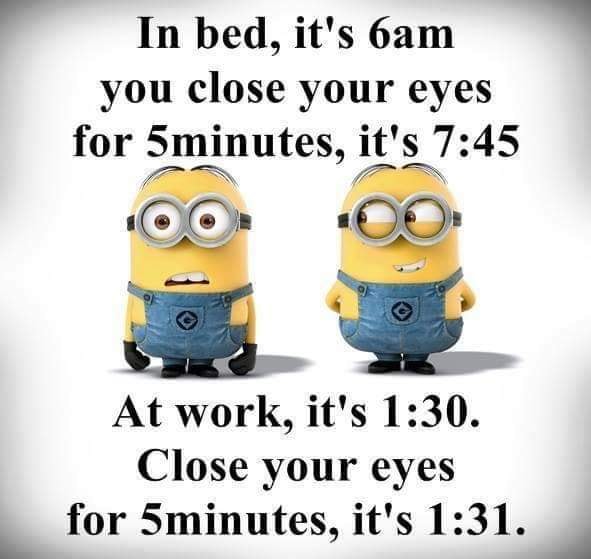 So you can see why she lashed out at me. (Sarcasm.) Full disclosure: I also texted her that I don’t hear from her much lately and I missed her. I obviously think that was what  caused her defensiveness.

Since I would be interested to know any response to that, what I would call an incredibly out of line text, I don’t mind sharing my reply: “Wow. Friends don’t talk like that to each other. I didn’t cause any of the shit in your life.” The rest of the conversation follows.

Her (emphasis added): “You have to think that other people have lives and issues that we are dealing with. You are being selfish. I know you are not good but I have things I’m also trying to deal with. I don’t talk to my best friend every day and she doesn’t complain and she understands. I can’t be there for you 24/7 I myself is (sic) not 100%.”

Me: “You should consider why someone is doing something before assuming it’s about YOU. All I wanted to hear from you after a long time was a ‘how are you’? I was reaching out because I missed you. DOESN’T THAT FEEL JUST A LITTLE BIT GOOD??! Not mad. But you haven’t told me shit so how you I know what shit is going on. Just saying.”

Her: “So sorry if I’m not around every time.”

Me: “Don’t be sorry. I’m over it. This doesn’t have to happen again. I’m sorry your life is so hard. I hope you find people who can help.”

Her: “I can’t I’m the only one she (I still have no idea who “she” is) has right now family turned their back so I gotta taks (sic) care of family.”

Me (emphasis added): “That sucks. Last thing I’m going to tell you is that it’s really fucked up and actually dangerous to tell a clinically depressed person (I had disclosed my diagnosis to her previously) they should ‘stop feeling sorry for himself or herself.’ That’s not at all what’s going on with me, and you could make someone like me feel even more hopeless and worthless, even triggering an acute incident. Just educate yourself.”

Her (emphasis added): “You forgotten (sic) that my cousin killed himself. I’m not that stupid [my name] so please don’t. No matter how depressed you are you can be strong. I have only me to keep my shit right. I’m a mess too.”

Nearly everything this friend, let’s call her…Naia…said to me in these messages was both a cry out for help which I tried to assist with, AND exactly what NOT to say to someone who is prone to self-harming behaviors.

Let’s say for argument’s sake, that the type of self-harm that I have utilized, in my past, could have killed  me, any time I engaged in that behavior.

It only takes one time.

And if I am prone to self-harm, like so many people suffering with Major Depressive Disorder, you’re not just being a drama queen when you use the words my friend used above, against me.

This is what I took away/heard/read/received from that conversation: “You feel sorry for yourself and it’s pathetic. You’re not the only one with problems. Why can’t you handle being alone? You’re not my only friend and I’m not someone you can count on. You could be strong if you tried harder. You should be grateful for what you have, and you’re not. Suck it up. Stop feeling so sorry for yourself. You’re worthless. You could die and I wouldn’t care. Actually, please die and do everyone a favor.“

Yes, I know that’s not what she said, (at least not most of it), but that’s what I heard. And that matters.

If you know someone who is depressed, diagnosed or not, don’t say anything my friend said to that person if he or she reaches out to you, PLEASE. I’m not a monster. I offered her resources for her own issues. But seriously, none of what she said to me — accused me of — was okay.

One thing that stood out to me was her defense of “my cousin committed suicide, so don’t even….” That is the same thing as saying “I have a black friend, so, I’m not a racist.” FUCK. THAT. You most definitely are not someone who can handle having a friend with Major Depressive Disorder, just like someone using the “black friend defense” is not thinking about what he or she is saying.

And, since I know she’ll never find this, shame on her. Shame on her for thinking because she knew one person with a mental illness she knows us all. How dare she dismiss me because she knew someone who committed suicide? I don’t know anyone who doesn’t know someone who committed suicide. Friend, family, or acquaintance — it’s not uncommon. So if you’re thinking of using that as an excuse to get rid of someone from your life, don’t.

Here’s the simplest advice you’ll ever get. If someone reaches out to you, saying he or she misses you with a cute cartoon he or she picked out just for you, and you don’t have time to deal with him or her right then, TELL HIM OR HER THAT, KINDLY. If “Naia” had said to me, “I’m sorry. Things are crazy right now,” at least I would have felt validated. But she REALLY got to me. You don’t have to be a horrible person about it. You don’t even have to be great about it. I just want you to NOT be an ASSHOLE about it.

Because when someone tells me something about myself, I BELIEVE THEM. Even if I know it’s not true. Like things my brother and sister say about me that are not true. I still feel guilty about these things. It is part of my ILLNESS.

I’m in the PAY IT FORWARD party. (Relax, it’s made up.) But seriously, I live my life with that goal. Do the most amount of good you can in a day for as many people as you can and live. I feel grateful and blessed. I feel loved. I feel validated. But I am also prone to some pretty horrific habits I don’t need coming back. I’ll never blame someone directly (except in my diary) for causing me to engage in self-harm, because it’s ultimately my decision, but do you ever want to be the reason someone self-harms? I don’t.

I am lucky. I have an amazing best friend.

I was supposed to visit her very recently, but I have been having a particularly hard time lately getting myself out of bed, eating (I don’t), bathing (after so many days I forcefully do so), and getting to appointments. I cancel things I’ve never missed. But I told my best friend about all of it, and she reacted like the amazing person she is. She told me that what I was going through right now was akin to me visiting her while I had an infection or was extremely ill, and it wasn’t the right decision. She not only understood, but she validated what is so often overlooked with mental illness.

Just because you can’t see my symptoms easily doesn’t mean they’re not there. That’s one of the hardest struggles people like me face day to day. And unless you have it, it probably won’t make sense to you. I’m not ashamed of my mental illness. But I am ashamed when I’ve misjudged people who ultimately hurt me because of it or in spite of it or for whatever reason, and try to justify their attacks.

What if I had decided I was not being grateful, that I was feeling sorry for myself, that because one person said I COULD BE STRONGER, I SHOULD be stronger, and if I couldn’t, then I was wrong in some way, so I self-harmed, or worse, that self-harm lead to my death?

I’ll leave you with this thought.

Don’t be an asshole; you might just cause someone to kill himself or herself.