I still consider myself to be “newly” single. But I’ve been single since this past August, (although the relationship was dead before that), so, you be the jury.

“WHOA, THERE!” you might be thinking. In this day and age, being up front about wanting a mate (literally, I guess unless you’re from Australia?) to mate with puts me in the category of “that chick’s on a one way trip to crazy town,” letting those things be known up front. I know. Honesty is so taboo! I understand that, “Hi, I’m looking to have a marriage and children…soon,” isn’t a proper pick-up line, introduction, or “first date material.” But why can’t it be?

I have always met my significant others “organically,” as in, not through an online dating service. (I’m not knocking them; I have many married acquaintances and friends that have successful marriages (as far as I know) who met online, and I don’t think there is anything wrong with meeting someone that way if it is for you). It is NOT for me. Been there. Saw the dick pics. Done with that.

But if I have to go on eHarmony to find a husband, I’m going to cry.

So, how does one such as me attract a mate these days? That brings me to “The Bleak.” I have been so grateful to have been in love and in a relationship during the past five years during “the holiday season.” I DEFINITELY see what people mean when they say the holidays can be especially lonely. I love the fuck out of the movie, “Love Actually,” and I don’t even know if I can get through it without crying more than my USUAL five times!

What I mean by “one such as me,” is someone who REALLY doesn’t like to conform. (Ask my Mom. She’s like, probably 32% okay with what I do, maybe, and probably like 51% embarrassed by me, sometimes. She’s 17% TBD at a later date.) I don’t want to buy into traditional beauty standards.

I’m the one wearing the “Nasty Woman” sweatshirt, carrying the tote that says, “You should see my ACTIVE Bitch face,” and usually, when I can make it happen, has a partially shaved head, hair cut short and dyed some unnatural color, wearing bright neon yellow chucks, and often men’s shirts, because they are more comfortable to me than women’s shirts. I LOATHE bras, I wear Tomboyx (https://tomboyx.com/) underwear: 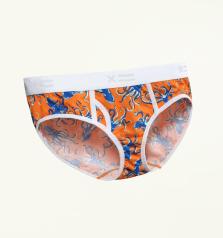 as often as possible, WITH panty-liners, (regardless of the type of underwear I’m wearing), because that’s how I roll (<– TMI? Then this blog’s not for you, sweetheart. Oh! Also! Grow up!). I put deodorant on in public, and don’t think there’s anything wrong with it, (sorry, Mom). I’m not someone you would call “beautiful,” “hot,” or even “pretty.” I’m quite intentionally, not “traditional.”

However. I believe in my heart that I am beautiful on the inside. I’m kind to everyone, UNLESS they disrespect my Mom, those I love, or I just witness them doing something cruel. I’m smart, witty, clever, intelligent, well-read, discerning, creative, unpredictable, and fun. I’m not a bad catch.

But, to find a mate, I have to stop being me, and start being more “traditional.”

Upon seeing me, this person said, “Wow! See what a little effort can do! You look better!” I replied that it had taken me almost an hour to look like I had put in exactly “just a little bit” of effort. I spent one full hour of my life applying make-up so that it looked effortless and minimal. Jesus.

I was annoyed. I said as much in protest. The FEMINIST who initiated this idea, asked me what was so bad about what I had done. I replied, “Nothing! I’ll just buy into society’s perpetual standard that ‘natural’ isn’t beautiful, thus further padding the pockets of the make-up industry, which, doesn’t ALREADY exploit women, taxing us, making us feel like we should all look like models, depleting my values just to buy into a destructive, ugly culture, run by men.” The literal response was “point taken.”

I’m the one who used to go to bars or clubs in my early twenties and stood against the wall making sure my friends weren’t being date raped, looking more promiscuous than I’m proud of, skinny and hot at that time, beautiful, even, yet defiantly emitting a radiance that said “I will cut your dick off if you fucking look at me.”

Although I never knew how “hot” I was considered back then, I did know I was going through something I couldn’t yet process…something I’m just barely beginning to process now. I wanted to look “hot,” because blending in was safe for me back then. Of course, I thought I was fat and thus ugly (NOT AT ALL WHAT I BELIEVE NOW) when that was not the case (and probably still isn’t).

Quickly: Body Dysmorphic Disorder is a real thing, and I don’t know a single girl or woman who doesn’t have at least some form of it. “BDD is a body-image disorder characterized by persistent and intrusive preoccupations with an imagined or slight defect in one’s appearance,” (https://adaa.org/understanding-anxiety/related-illnesses/other-related-conditions/body-dysmorphic-disorder-bdd). Men have it too, no doubt. But women are programmed to hate their bodies by, ironically, perhaps, perpetal cultural triggers pushing us into morphing them. Push-up bras, heels, make-up, earrings…the list goes on.

I’ve written about this previously, but honestly, when I went from a size four to my current size, I stopped getting harassed, cat-called, etc. Being “overweight” by definition, was a reprieve from what I’d experienced my entire adult life up to that point. And I owe all that extra weight to rape as well. The assault that keeps on taking. How am I supposed to grapple with THAT shit?

So now, I, the person who has gone to comfortable, yet disapproved of, lengths, to hide her figure, and effectively puff up like a blowfish, for all intents and purposes, have to change.

Even though I hate it and don’t want to do it, I’ll do it.

To attempt to attract a mate.

But, I think what’s upsetting me the most, is that I look in the mirror, myself, with this stupid shit on, and think, “fuck, I do look quite pretty with this shit on.”

Shame on me for complaining about something I’m privileged enough to be able to complain about.

And shame on everyone else, for judging the cover before the book.